If you come to the University of Maine, you will find that we have a strong cadre of Modernist scholars connected to our Poetry and Poetics Program and also remarkable scholars teaching in our Gender and Literature Program. 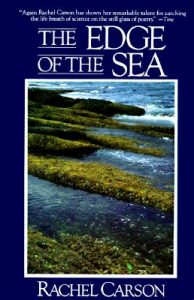 I am currently drawing on the modernist and feminist strands of the research I did for Rebecca West’s Subversive Use of Hybrid Genres, 1911-1941 (Bloomsbury, 2015) to examine Rachel Carson’s political and

cultural critiques in her “sea books.” For example, Rebecca West revises patriarchal epic conventions such as individualism and hierarchy in her work Black Lamb and Grey Falcon by replacing the traditional male, individual hero with a group of peasants. Rachel Carson’s refusal to have her nonfiction work The Edge of the Sea conform to the taxonomic and cataloging conventions of naturalist guidebooks insists on the connections between living organisms instead of their differences to subvert worldviews which see humans and animals in conflict. Contemporary environmental problems give urgency to my examination of the subversive “land/sea ethics”implicit in Carson’s works. Like Aldo Leopold, J. Baird Callicott, and others, Carson believes that human beings cannot lead moral lives unless their ethical systems include nature.