In addition to teaching, Hank works as a consulting editor for Bangor Metro magazine. His essays have appeared in San Diego magazine, Downeast, the Los Angeles Times, and the San Diego Union-Tribune.

He is a member of the Planetary Society, owing to a lifelong interest in astronomy, and is currently dabbling with the idea of writing a literary science-fiction novel.

“I don’t think writers should steer away from scientific and/or mathematical subjects just because they aren’t experts. In the same way that baseball teams need to fill seats with people who can’t necessarily field a ground ball, so too do the sciences need fans – people who appreciate the work and can articulately sing its praises. In the end, it’s all about imagination.” 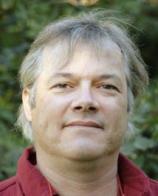