Josephine Donovan is the author of ten books of nonfiction and the editor of five. A complete list of her publications is provided below. Her fields of specialization include animal ethics, feminist criticism and theory, American women’s literature (especially nineteenth-century), and early modern women’s literature. Her work has been translated into eight languages (Japanese, French, Turkish, Swedish, German, Italian, Greek, and Chinese).

Her most recent books include The Lexington Six:  Lesbian and Gay Resistance in 1970s America (University of Massachusetts Press, 2020)—a finalist for the Lambda Literary Award;  The Aesthetics of Care: On the Literary Treatment of Animals (Bloomsbury 2016), European Local-Color Literature: National Tales, Dorfgeschichten, Romans Champêtres (2010), and The Feminist Care Tradition in Animal Ethics, co-edited with Carol J. Adams (2007). Of The Aesthetics of Care a Choice reviewer wrote (January 2017): “This extraordinary work, written by a master teacher, is a remarkable achievement.” Two of her books have been named “Outstanding Academic Books” by Choice journal (Feminist Theory and Women and the Rise of the Novel). The latter was termed “a work of extraordinary significance” by the Choice reviewer, who wrote, “Donovan has defined the field clearly, forthrightly, often brilliantly. All future discussion of the subject begins here” (October 2000). In 2013 a second edition with two new chapters was published.

Donovan’s best-known book, Feminist Theory: The Intellectual Traditions, first published in 1985, is now in its fourth edition (New York: Continuum, 2012). Amazon.com notes, “this book has established itself as the classic survey and analysis of the roots and development of feminist theory.” A selection of other reviews of Donovan’s books follows below.

Born in Manila in 1941, Donovan was evacuated from the Philippines with her mother a few months before Pearl Harbor. Her father, a Captain in the U. S. Army, remained in the Philippines where he was captured by the Japanese in 1942, remaining a P.O.W. for the duration. His memoirs, edited by his daughter, were recently published as P.O.W. in the Pacific: Memoirs of an American Doctor in World War II.

She received her M.A. and Ph.D. degrees in comparative literature from the University of Wisconsin-Madison in 1967 and 1971, respectively. She has held academic positions at several universities and worked for a time as a Copy Editor for G. K. Hall in Boston. She recently retired early from her position as Professor of English (tenured) at the University of Maine, Orono, in order to devote full time to her writing and research.

The Aesthetics of Care: On the Literary Treatment of Animals. New York: Bloomsbury 2016.

Beyond Animal Rights: A Feminist Caring Ethic for the Treatment of Animals. New York: Continuum, 1996. (Co-edited with Carol J. Adams).

“Caring for Earth and Her Creatures.” In Animals and the Environnment: Advocacy, Activism, and the Quest for Common Ground, ed. Lisa Kammerer. Abington, England; Routledge, 2015.

“The Voice of Animals:  A Response to Recent French Care Theory in Animal Ethics.” Journal for Critical Animal Studies 11. no. 1 (2013)

“Local-Color Literature and Modernity: The Example of Jewett.” Tamkang Review 38, no. 1 (December 2007).

“‘That All the World May Know’: Women’s ‘Defense-Narratives’ and the Early Novel.” In Genre and Women’s Life Writing in Early Modern England, ed. Michelle M. Dowd and Julie A. Echerle. Aldershot, England: Ashgate, 2007.

“A Cause of Our Own.” In The Politics of Women’s Studies: Testimony from Thirty Founding Mothers, ed. Florence Howe. New York: The Feminist Press, 2000.

“From Avenger to Victim: Genealogy of a Renaissance Novella.” Tulsa Studies in Women’s Literature15, no. 2 (Fall 1996).

“Attention to Suffering:  Sympathy as a Basis for Ethical Treatment of Animals.” Journal of Social Philosophy 27, no. 1 (Spring 1996).

“Everyday Use and Moments of Being: Toward a Nondominative Aesthetic.” In Aesthetics in Feminist Perspective, ed. Hilde Hein and Carolyn Korsmeyer. Bloomington: Indiana University Press, 1993.

“Humanities–Women’s Studies Scholarship: The Voice of the Mother.” In The Women’s Annual, no. 5, ed. Mary McFeeley. Boston: G.K. Hall, 1985.

“The Silence Is Broken.” In Women and Language in Literature and Society, ed. Borker, Furman, and McConnell-Ginet. New York: Praeger, 1980.

“A Women’s Vision of Transcendence: A New Interpretation of the Works of Sarah Orne Jewett.”Massachusetts Review, 21, no. 2 (Summer 1980).

In French. “Beyond the Net.” Faculty of Letters Periodical no. 10 (1997), Université Moulay Ismaïl, Meknès, Morocco.

“The Country of the Pointed Firs and Other Late Writings” (from Sarah Orne Jewett). In Twentieth-Century Literature Criticism, vol. 253. Detroit: Gale, 2011.

“Ellen Glasgow: Beyond Barren Ground” (from After the Fall). In Twentieth-Century Literature Criticism, vol. 239. Detroit: Gale, 2010.

“The Silence Is Broken.” In A Feminist Critique of Language: A Reader, ed. Deborah Cameron. New York: Routledge, 1990.

Brutal: Manhood and the Exploitation of Animals. Bulletin of the History of Medicine 84, no. 4 (Winter 2010).

The Trauma of Gender and Twentieth-Century Women Novelists. Studies in the Novel 35, no. 1 (Spring 2003).

Pragmatism and Feminism. International Studies in Philosophy 33, no. 4 (2001).

Women and the Rise of the Novel, 1405-1726 (1999). Choice (October 2000): “A work of extraordinary significance. . . . Donovan has defined the field clearly, forthrightly, often brilliantly. All future discussion of the subject begins here.” Germaine Greer: “Donovan’s Women and the Rise of the Novel, 1405-1726 is full of unexpected insights that are no sooner stated than they appear incontrovertible. Her work has advanced our understanding of women’s literary activity in the best way, showing us new roads of inquiry and suggesting a methodology for exploring them.” Lillian S. Robinson: “Donovan knows more about women’s history and feminist theory than any other commentator on early modern female authorship and more about literature than any other student of history. By bringing the two together, Women and the Rise of the Novel becomes a new monument in the field.” Sandra Gilbert: “Donovan’s absorbing, learned and lucidly argued account of the relationship between women and the rise of the novel constitutes a sophisticated contribution to genre theory, to women’s studies, and more generally to our understanding of the literary history of early modern Europe.” Modern Philology (October 2002) Ros Ballaster: “significant, ambitious, timely. . . .At its best Donovan’s work precisely and elegantly . . . traces its origins through a sophisticated merging of theories of production and reproduction.” Positive reviews also appeared in Renaissance Quarterly (Winter 1999), Speculum (October 2000), Huntington Library Quarterly(2001), Studies in the Novel (Winter 2004), and others.

P.O.W. in the Pacific: Memoirs of an American Doctor in World War II (1998): William M. Tuttle Jr. : “the riveting memoir of [an] Army doctor . . . who survived three-and-one-half years as a prisoner in World War II. This is an important book, for nothing so demythologizes the ‘good war’ as Donovan’s harrowing story of torture, disease, and death. In explicating the war’s harsh realities, this book ranks with the most classic accounts by Paul Fussell and E. B. Sledge.” Albert J. Dorley, Jr.: “An excellent book, easily read . . . an important contribution.” Robert F. Maddox: “Seen through the eyes of one who had to heal with insufficient food and medical supplies, this book is a must read.”

Feminist Theory: The Intellectual Traditions (1985; 2d. ed. 1992; 3d. ed. 2000; 4th ed., 2012). amazon.com (1998): “This book has established itself as the classic survey and analysis of the roots and development of feminist theory.” Choice (April 1986): “Donovan’s work is a masterful survey of the philosophical and intellectual roots of contemporary feminism. . . . Particularly noteworthy is Donovan’s thorough grasp of the major philosophical tenets grounding each view, her ability to convey these difficult ideas to the general reader, and her complete familiarity with the major figures. . . . Both bibliography and chapter notes attest to the author’s broad scholarly range. Intelligent, balanced, accurate, and informed, Feminist Theory is a major addition to the canon of feminist literature.” off our backs (Feb. 1986): Here, at last is an accurate intellectual account of the American feminist movement.” Booklist (1 Oct. 1985): “supplies a wealth of information. . . . Most fascinating is Donovan’s final prescriptive chapter . . . an important safeguard against the re-disappearance of our feminist heritage.” Women’s Review of Books (Oct. 1986): “not only an impressive piece of research but an invaluable research guide. . . . Donovan’s construction . . . is insightful, original and compelling.” Catharine Stimpson: “a superbly intelligent, lucid guide to one of the great movements of the modern world.”  Studies in Twentieth and Twenty-First Century Literature (2014): “This readable introduction to feminist theory manages to cover a remarkable amount of material . . . with insight, verve, and intelligence. This fine resource belongs in the collection of the next generation of feminists as an invaluable primer.” Named an Outstanding Academic Book by Choice.

Uncle Tom’s Cabin: Evil, Affliction, and Redemptive Love (1991). Choice (June 1991): “Stowe’s text is plausibly linked to such divergent theorists as Jonathan Edwards, Karl Marx, Martin Buber, Gandhi and Mikhail Bakhtin. There is a good section on the novel’s critical reception–including the ongoing debate over the book’s racism. . . . Both teacher and students will be pleased.”

After the Fall: The Demeter-Persephone Myth in Cather, Wharton, and Glasgow (1989). Choice (Dec. 1989): “This work of literary criticism by a leading feminist scholar effectively supports [its] thesis. . . An excellent introductory chapter relates the Demeter-Persephone myth to 19th-century assumptions about gender roles . . . placing the fiction within its historical context formed by the works of Darwin, Freud, and Krafft-Ebing. . . . Clear, comprehensive, and informative” (Elsa Nettels).Edith Wharton Newsletter: “After the Fall is provocative, original, intruiging, congently argued, and often persuasive. . . . She convinces me that the Persephone myth is as crucial to American women writers as the idea of the American Adam is to their male counterparts . . . an important book and a groundbreaking study of the problems of the female artist in a patriarchal culture” (Alfred Bendixen). American Studies (Spring 1990): “Here [Donovan] provides a theoretically sophisticated continuation of her work on women writers. . . . Students of the three writers analyzed will want to ponder her provocative readings” (Nina Baym). Journal of Modern Literature (1990): “Her detailed explorations provide fruitful reading for anyone concerned about the woman artist.”

Feminist Literary Criticism: Explorations in Theory (rev. ed., 1989). Jane Gallop’s Around 1981 devotes a chapter to the book, concluding: “Let me applaud Josephine Donovan and the University Press of Kentucky.” 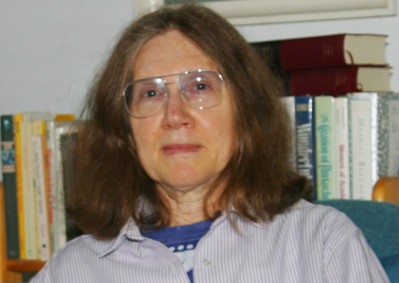