“‘I am from Mohegan! I am not Pequot!’: Cultural Survival in the Diary of Fidelia Fielding.” The Construction of Gender and the Experience of Women in American Indian Societies.  D’Arcy McNickle Center for the History of the American Indian Occasional Papers in Curriculum Series 20.  Chicago: Newberry Library, 1996.  243-57.

Vol. I: “They Remember Me Still:”, a new expanded bilingual edition of the first 13 Gluskape stories from the Penobscot Transformer Tales (Frank Speck, 1918)

“Fatty: or, Why White People Are Afraid of Indians” a solo show for performance by a middle-aged white woman thinking about race and oppression

“Deer Noise: Listening for Stage Directions in Diane Glancy’s ‘The Woman Who Was a Red Deer Dressed for the Deer Dance’” presented at University of Maine English Department Graduate Symposium, May 3, 2006, Orono, ME

“E. Pauline Johnson: ‘A Being of a New World’” presented at biennial meeting of the Association for Canadian Studies in the United States, November 20, 1997, Minneapolis, MN

“Nanabush and Weendigo: Native Resistance to Tragedy in Tomson Highway’s Dry Lips Oughta Move to Kapuskasing” presented at biennial meeting of the Association for Canadian Studies in the United States, November 18, 1995, Seattle, WA

Participated (actor/director) in productions of “Glooskape Chronicles” by Donna Loring (Penobscot) at University of Maine and Bar Harbor, Maine.  May 2012-Feb 2015

Directed & produced “The Woman Who Was a Red Deer Dressed for the Deer Dance” by Diane Glancy (Cherokee) at Cyrus Pavilion Theatre, University of Maine.  April 2006.

Directed “The Importance of Being Earnest” by Oscar Wilde with Orono Community Theatre, Keith Anderson Community House, Orono, ME.  April 2005.

Recruit and train faculty to teach Innovation Engineering at University of Maine System campuses and beyond, July 2010-PRESENT 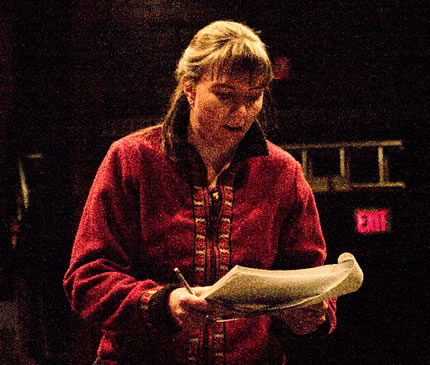